Are you thinking about buying or renting a condo at the Americana Centre?

Learn the answers to some of the most frequently asked questions regarding living at Americana Centre Condominiums.

Note: Beginning in 2016 through 2022, Americana Centre underwent significant infrastructure repairs and cosmetic upgrades to bring the buildings up to current standards and ensure the health and efficiency of the central plant.

The work was financed through a $24.5 million loan, subsidized by condo fees.

The Americana Centre consists of 425 homes, comprised of 291 studio, one-bedroom, and two-bedroom units in two high rise buildings; 124 two and three-bedroom units across 22 garden-style buildings; and, 10 townhomes, each of which has three bedrooms and two baths.

Every unit has a patio (ground level) or a balcony. 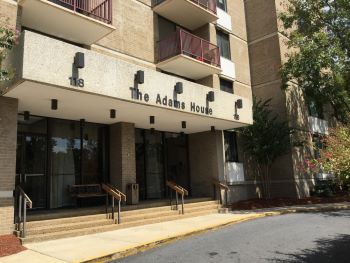 The Americana Centre is a contemporary multifamily development in an urban setting.

It introduced an unprecedented and distinctively modern residential community with a mix of multifamily types and innovative elements to the central core of Rockville in the early 1970s.

The development won a Merit Award in Urban Design from the Department of Housing and Urban Development (HUD), and an award from the American Institute of Planners for Excellence in Overall Planning in 1971.

The Americana Centre was a significant part of Rockville’s Mid-City Urban Renewal Project that included a seven-block, 47-acre area in downtown.

The Americana Centre was the key residential component of urban renewal and was a success from the beginning.

It fulfilled the Mid-City Urban Renewal Plan’s goal of bringing multifamily housing into downtown Rockville and brought architectural distinction and modern urban character to the city.

In 2017, The City of Rockville awarded Americana Centre a Historic Designation Status based on the unique mid-century modern elements of the community.

A dozen two-story townhomes line one of the interior grassy courtyards.

The Americana Centre has garage parking available for its residents, as well outside assigned parking, covered parking, and guest parking.

Technically, garage spaces are assigned by the American Centre and do not convey.

However, garage spaces are generally not reassigned when a unit is sold and passes to another owner.

Each unit owner may have up to two pets, including dogs.

The weight limit is 35lbs per pet.

Rockville is the closest metro. 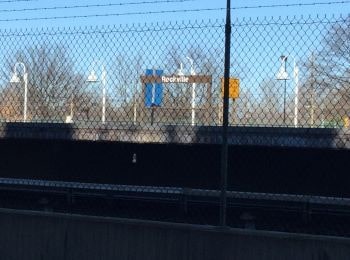 At a distance of approximately 0.2 miles, Rockville metro is an extremely easy stroll across the crosswalk, directly across from the Hamilton House.

There is also a front-desk area staffed 24/7.

The high-rise buildings feature a laundry room on each floor consisting of two washers and dryers, with the usage cost included in the condo fees.

The garden units and townhomes have their own washer and dryer.

High-rise buildings have additional storage units in the basement.

These may be assigned to owners on a first-come, first-served basis but they are not deeded.

High-rise buildings have elevators but the garden-style buildings do not. 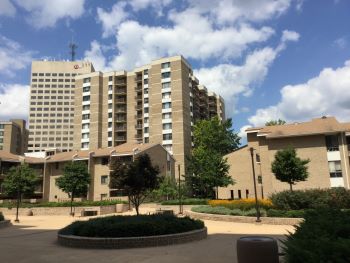 Residents may choose from Comcast and Verizon.

Always check with MCPS to confirm this information is accurate and up-to-date.

The Americana Centre does not contain fireplaces.

Gas cooking is available in the building.

Flooring is dependent on the individual condo owner's choices.

There is a "Dolly Madison" community room located in the basement of the Hamilton House.

There are no smoking restrictions in the Americana Centre.

Americana Centre is directly across Hungerford Drive from the metro station.

Rockville Town Center is just a block away, featuring a movie theater, restaurants, shops, a regional library, services such as a dry cleaner and an organic grocery store. 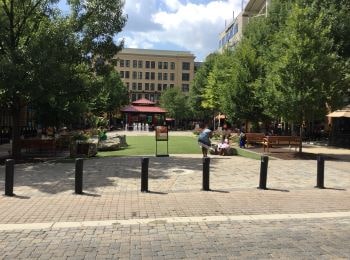 Americana Centre is governed by a seven-member board of directors, made up of owners, each of whom serves a three-year term.

The board of directors meet monthly and are charged with decisions for how the community is managed and are responsible for the fiduciary health of the association.

The community has an on-site management office and an on-site engineering/maintenance staff who maintain the common areas and also offer in-unit repair services for an hourly rate.

Condo fees at Americana Centre range between $900 and $1200 per month and include electric, water and gas utilities; trash removal, parking and optional storage unit.

Condo fees are paid on a monthly basis.

Utilities covered by the condo fees include electric, water and gas (including washer/dryer fees in the high-rise buildings).

The community is wired for both Comcast Infinity and Verizon Fios cable/internet.

The Americana Centre has a recently renovated fitness center on-site.

There is a dry sauna in each of the high-rise buildings. 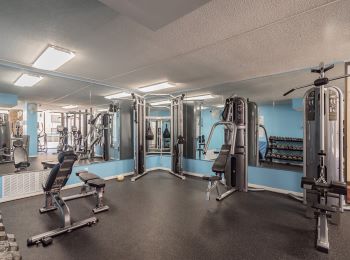 Residents have access to an outdoor pool at no additional cost.

There are no tennis courts in the immediate vicinity.

There are no playgrounds or tot lots in the immediate vicinity, but there is a very large courtyard between the two high-rises and surrounded by the garden-style condos.

We’ve made every effort to verify all of the information in this blog post and believe it to be correct.

If you believe any of the information above to be incorrect, please contact us through this website or give us a call at 240-338-8355 .

In addition, we encourage you to always double-check with the neighborhood management regarding any circumstance that may influence your buying/renting decision.